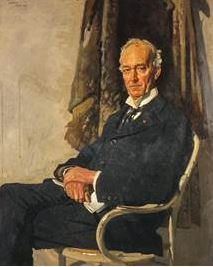 History lecturer David Monger has recently published an article in one of the leading general academic history publications, The Historical Journal.

‘The Press Bureau, ‘D’ Notices, and Official Control of the British Press’s Record of the First World War’ analyses over 700 notices sent to British newspapers during the First World War, indicating topics that could or could not be discussed.

Despite decades of scholarly attention to the operation of wartime censorship and propaganda, a close analysis of these notices’ content had never previously been undertaken.

The analysis shows that, notwithstanding widespread assumptions that wartime censorship aimed to mislead the public about the war, most notices focused on restricting commentary on issues with clear security risks (for instance, the location of specific military units or ships, the movements of prominent people who might become targets, or the impact of air raids).

With the notable exception of the treatment of Irish politics, they did not interfere with editorial opinion or prohibit critical commentary, and political controversies continued to be discussed throughout the war.

Editors like Sir George Riddell (pictured) continually liaised with the Press Bureau, not only to challenge unnecessary restrictions but also, in some cases, to call for further restrictions.

The Bureau itself refused Government Departments’ requests for notices when it felt they impinged on free discussion in the press.

The article, therefore, adds to the ongoing revision of ideas about the British state’s control of the public during the war. Press control was a process of negotiation, not top-down dictation.

The article is published open access, with funds from the University of Canterbury Library Open Access Fund and the College of Arts.